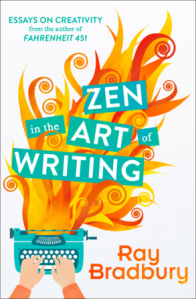 1. Zen in the Art of Writing – Ray Bradbury. A collection of essays on writing from a master. Smiled a bit while reading. His love of creating worlds and stories shone through. Recommended.

2. The Writer’s Digest Handbook of Short Story Writing – ed. by Frank A. Dickson. I read this while preparing for writing a short story. As it was on my mom’s bookshelf, I thought I’d see if I’d learn anything. I learned a few things, but some of the advice seemed dated.

3. The Silver Metal Lover – Tanith Lee. I have been meaning to read this for years since I’m interested in artificial intelligence. I heard of Tanith Lee’s passing, unfortunately, and it reminded me to read it. It’s about a young, rich girl falling in love with a robot designed to be artistic and a fantastic lover. At first, Jane was incredibly annoying, but she’s meant to be, and I enjoyed watching her come into her own. The world-building was really interesting, too. Recommended.

4. Uprooted – Naomi Novik. A lush fantasy inspired by Polish fairytales. I really liked Agnieszka and the politics of the world and magic system. Definitely recommended, and thanks to Macmillan for the copy.

5. On Writing – Stephen King. I’m writing my dissertation for my masters, hence all the books on writing this month. I plan to use a few quotes. I read this back when I was a teenager and just starting to write. Re-reading it about 10 years later and something like 7 books’ worth of words later was interesting. My takeaway is that Stephen King and I have very different writing processes. And that’s okay.

Didn’t read as much as I’d like due to editing deadlines, but I still went through a couple.

1. Only Ever Yours – Louise O’Niell. A dystopian future similar to The Handmaid’s Tale. I can see why it’s gotten so much attention, but it didn’t quite work for me. I’d try another book of hers, though.

2. The Mirrored World – Debra Dean. Historical fiction set in Russia around Catherine the Great’s time. I enjoyed it but certain aspects felt glossed over.

3. The Shining Girls – Lauren Beukes. Been meaning to read this for ages after really enjoying Broken Monsters. It was a creepy, enjoyable thriller starring a time travelling serial killer.

4. Fool’s Assassin – Robin Hobb. Re-read in anticipation of Fool’s Quest being out this summer. I want to read the sequel so badly it pains me. 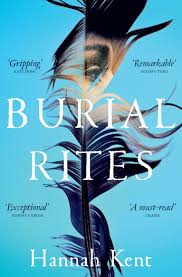 5. Burial Rites – Hannah Kent. A story of a woman sentenced to death for murder in Victorian Iceland. Well-researched and written, and unsurprisingly, a sad read.

I watched Boyhood on the flight home from California. Many details overlapped with mine and (especially) my brother’s childhood. I liked this short clip so I’m putting it on my blog, about work ethic + natural talent.

In other news, Shadowplay made the longlist of the Tiptree Award. I love Tiptree’s work and always harboured a hope to be on that list because the Micah Grey series is all about exploring gender, so that was a nice boost to yesterday, when I was having a rough day. Congratulations to the winners and everyone on the list. 🙂

I actually read more this month that I thought I had, since it’s been such an emotional roller coaster.

1. The Girl on the Train – Paula Hawkins. A fast-paced thriller I read in a day, about a woman who sees something on a train and has to unpick the mystery. I do love me some unreliable narrators.

3. Inheritance (Adaption #2) – Malinda Lo. Been meaning to read the 2nd half of this dulogy for awhile and it did not disappoint. Loved learning more about the Imria and getting to the bottom of the mystery. Plus: polyamory in YA!

4. In Case of Emergency – Courtney Milano. Reading for the Bisexual Book Award. I enjoyed this one a lot.

5. Solaris Rising 3 – edited by Ian Whates. I finally got around to reading this anthology, which has my story “They Swim Through Sunset Seas” in it. A good collection–I really enjoyed Gareth Powell’s story in particular.

6. A Darker Shade of Magic – V.E. Schwab. Loved this book. It was the perfect escape during a particularly difficult week.

Technically I also read Masquerade this month, but I’m never sure if I should count my own books in the totals. It does take me 2x as long to read them as I’m going over them more carefully. I also read some other articles and stories and such for uni.

1. What the Most Successful People Do Before Breakfast (audiobook) – Laura Vanderkam. I’m not much for self-help books, but thought it would be interesting. It was, but I’m still not getting up any earlier than 9 am. Whoops.

2. Frog Music – Emma Donoghue. This was for the Bisexual Book Award, which I’m judging, so I won’t say too much. The setting of Victorian San Francisco was really interesting.

3. Waverley – Walter Scott. Read for university. I’m glad to have read it as it was so popular back in its day.

4. The Winner’s Crime – Marie Rutkoski. I was lucky enough to get this sequel to The Winner’s Curse via Netgalley. Just as engaging as interesting as the first, with another cruel cliffhanger.

5. Yes Please – Amy Poehler (audiobook). Listened and chuckled as I was walking along the street etc. It also caused me to start watching Parks and Rec. I do not regret this decision.

6. Edgelands by Paul Farley and Michael Simmons Roberts. Read for university and I wrote a 1k response essay to it. It’s about the in between spaces between city and countryscape, so things like industrial estates, etc, which are often ignored/overlooked.

7. The Paying Guests – Sarah Waters. Another Bisexual Book Award judging book. I’m not saying much about it again, but Sarah Waters is always a joy to read.

I also read probably about a book’s worth of essays, short stories/poems, and articles for university. Some were on the Bannatyne Club in Edinburgh, of which Walter Scott was a member. He and a bunch of other rich white men re-released older, forgotten literature. A lot of people thought their plan was stupid and called them “literary scavengers.” Reading the shade they threw back and forth was pretty amusing.

I’m currently in the middle of: The Girl on the Train by Paula Hawkins and No Place to Hide: Edward Snowden, the NSA, and the U.S Surveillance State by Glenn Greenwald.

Not too many books this month, between my holiday, having a lot of admin work (thanks, taxes), and being in the middle of two longer books. Mainly I was looking for my comfort genre, fun YA fantasy.

1. The Winner’s Curse by Marie Rutkoski. Read it in one sitting on the plane to Hong Kong. SO much fun and I can’t wait for the sequel!

2. The Gracekeepers by Kirsty Logan. I was lucky enough to be sent an ARC of this and it was so lovely. Literary fiction set in a circus that plays with gender and sexuality, in a Waterworld type of setting. Definitely recommended.

3. Her Dark Curiosity by Megan Shepherd. I really enjoyed The Madman’s Daughter when I read it a few years ago, so it was nice to come back for the sequel. Really well plotted and good fun.

4. Blythewood by Carol Goodman. This is set in a boarding school, with fae, bell magic, a mysterious shadow man, and family histories. I did enjoy it but it felt like there was a lot to put in one book, and perhaps some things could have been pared down, but I’ll probably read the sequels.

I also read about a book’s worth of essays, articles, and short stories for my Masters, as well as some judging for the Bisexual Book Award. 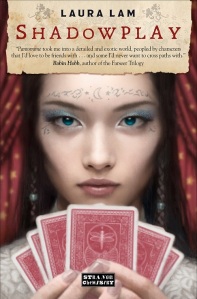 Whoohoo! Shadowplay is number 17 on Fantasy Faction’s Best 50 Fantasy Books of 2014! It’s at 17, which is pretty damn awesome. Feels great to be on the list and see some love for Micah. They say:

Shadowplay continues Micah Grey’s story, both in terms of plot and character growth. The interplay between Micah and Drystan, the white clown, is charming and heart-wrenching in equal measure, as Micah struggles to reconcile his past life as Iphigenia with his present life as the runaway circus performer wanted for murder. Beneath this internal conflict lies another far larger and more deadly, and Micah is unwillingly caught up in it.

I loved the world Lam created. She discusses themes of social and sexual inequality and sets them against a backdrop of an advanced civilisation long lost. With its immaculate prose, haunting exposition and brilliant transgender protagonist, this series is doing important things for the genre and is an absolute must read.

Number 1 is Fool’s Assassin by Robin Hobb, which I wholeheartedly agree with, as that’s one of the greatest books ever written, full stop. There’s also a strong Team Mushens presence, with Den Patrick, Liz de Jager, and Jen Williams on there too. Go team! Also nice to see Leigh Bardugo, Laini Taylor, and more.

Any books on the list you’re dying to pick up?